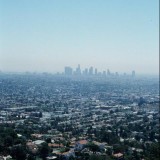 Curated by FORTH Nonfiction Editors.

Rooting for the Underdog: An Author Spotlight On Vincent Chu

Photo Credit: Henriette Kriese Vincent Chu may hold back on calling himself a writer, but we’re not shying away from this claim. His fiction has appeared in several literary magazines including FORTH Magazine, PANK Magazine, East Bay Review, Pithead Chapel, and more—making him well deserving of the title. Chu’s recent debut story collection, Like A…

In the hospital, a few weeks before my grandmother died, she stopped speaking English. It was only French from then on, in whispers, through a ventilator mask. Colombe had never been a confident student of the English language, wading in only reluctantly after moving with her husband, my grandfather, across the country. Jacques worked in…

Animator, painter, and writer, Mike Perry, breaks away from the traditional still life and immerses viewers in buoyant colors and abstract human forms in his new exhibition, Intoxicating Pollen Wiggling in a Moist Journey of Constantly Blooming Tides. The featured image, Melting Pot, connects vibrant, airy bodies together with the use of a brush stroke….

We Were Happy Then: Nonfiction by J. Stein

In retrospect, we were happy then, living, as we were, in the back of an old S.U.V., a ’92 4Runner with a rusting hood and newspapers taped to the windows. Ellen, my then-girlfriend, had been living in L.A. for a year and was just making a go in film. She’d done a few stints as…

Crossing Over: An Interview With Jonah Bokaer

Swallowed from the Inside Out: Nonfiction by Chris Daley

A brief excerpt of this essay appeared in DUM DUM ZineIssue #5 in February 2015.   A truck outside rattles through the intersection into the movie studio across the street. Unpleasantly warm breezes blow at me from opposite sides of the room. I can hear the bus arrive at the stop below my window: the…

Not From There: Nonfiction by Lydia Yousief

She asked me, “Where are you from?” And I hesitated. I was born in New Jersey to Egyptians whose English was churned, but they knew how to say, “God bless America.” They had picked themselves up and moved across swallowing depths of water to breathe, moved across to a land where they believed the air…

Albertine bookstore is a Francophile’s paradise. Located just blocks from New York City’s Metropolitan Museum of Art, the shop is home to over 14,000 titles in French and English representing 30 French-speaking countries. French culture largely encompasses a global exchange of political and artistic ideas. Under the wing of the Cultural Services of the French…

Light from Within: An Interview With Christophe Piallat

Los Angeles-based artist, Christophe Piallat, transcends the space inside Canterbury Records with his geologically inspired installations. By blending together photography and sculpting—two very different mediums—Piallat achieves what he calls, “Living Photography.”   What drew me in most wasn’t only the size of his sculptures, but the light that they released, from within. In the evening,…

The Culture of Reading: An Interview with Christopher Alexander Gellert

Why do you read?  It’s a question that goes deeper than we may think. Storytelling, in its most elemental form,  is how we learn. We can be warned by stories, delighted and entertained by stories, and challenged by stories. Our conversation with stories helps inform how we live our lives, and how we teach our peers….